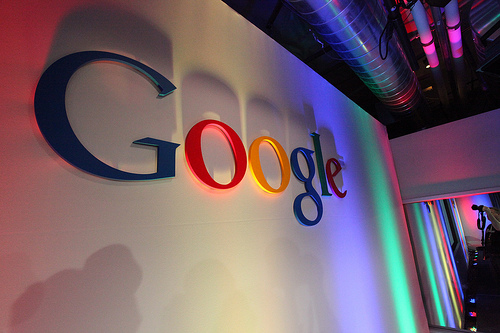 Google Inc shares jumped past $1000 during trading on Friday as investors bet on the company’s dominance of the mobile and video advertising businesses. This is a great milestone considering it began from just $85 for a share in its public offering in 2004 and the competition it faces from the likes of Facebook, Microsoft, Apple, and — to a limited extent — Yahoo.

Google closed up 14 percent this past Friday, at $1,011.41. This jump brings its gain since its initial offering to roughly around 1100 percent, and over 50 percent increase since the start of 2013. During the same period, the shares of Amazon.com have risen by 830 percent, Samsung by 760 percent and Apple by a staggering 3,300 percent. The company’s market cap is now in the $330 billion range which makes it the second most valuable tech company in the world behind Apple, surpassing Microsoft.

Known for its Google Search, Gmail, Google Maps services, Chrome browser, Android operating system, and Nexus line of smartphones and tablets, Google reported a 23% jump in net revenue from its internet business and a 26% jump in advertising volume in its recent financial filing.

“Google’s ownership of the Android ecosystem makes Google like the house, in Vegas terms,” said Stifel Nicolaus analyst Jordan Rohan. “The success of Android, which becomes more and more popular every day, is starting to really add up, and Google is collecting small tolls along the way.”

Google rolled out a service to help advertisers promote their products on smartphones, tablets and desktops earlier this year. The move is also expected to improve Google’s overall advertising rates by lowering the impact of mobile ads, which command lower rates. Ads on YouTube have increased more than 75 percent in the quarter from a year earlier, with 40 percent of traffic now coming from mobile devices.

Google is said to be among the best positioned companies out there to benefit from mobile as it already has 1 billion Android running mobile devices till date and the revenue it generates from sale of devices, applications and content through its Play Store.