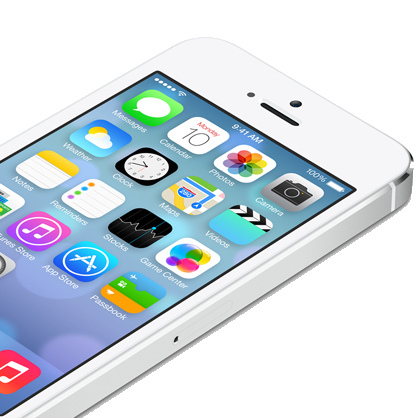 A California resident Mark Menacher has filed a complaint against Tim Cook, CEO of Apple, demanding the company to let him remove iOS 7  from his iPhone. Menacher is fumed that the upgrade to iOS 7 happened automatically and he has no way of going back to iOS6. He has also asked for a compensation of $50.

iOS 7 is downloaded to all supported iOS devices automatically when they are connected to a power source and Wi-Fi network. However, iOS 7 doesn’t automatically install and instead instead prompts user to update whenever the device is restarted. Menacher complains that iOS 7 was installed by Apple without his permission.

Menacher has said in his filing,

“Apple’s disregard for customer preferences in relation to iOS 7 is corporate thuggery. Steve Jobs was reportedly rough on company employees in pursuit of happy customers, but Tim Cook apparently cultivates a culture of contempt for customer satisfaction in pursuit of corporate profits.”

iOS 7 created quite a buzz when it launched and left servers jammed for hours where several users complained of long waits while trying to download the new OS on the first day while some complained that the update was installed automatically. However, once an Apple device is updated to the new OS, it can be moved back to the previous version.

Design expert David Yun believes that iOS 7’s new design seems to be less unique and more like other mobile operating systems such as Android and Windows Phone. Yun acknowledged that Apple’s new iOS 7 design offers “many successful improvements in the interface,” but he said there are also “strange inconsistencies” that don’t align with Apple’s main design goals.

iOS 7’s parallax effect has made some users sick and iPhone 4 users say that the smartphone has slowed down because of the new software, and hence, is unusable. It can be due to the outdated hardware in the iPhone 4.

Analytics firm Mixpanel has said that iOS 7 is now on over 70% of all Apple mobile devices, the highest rate of adoption for the operating system.