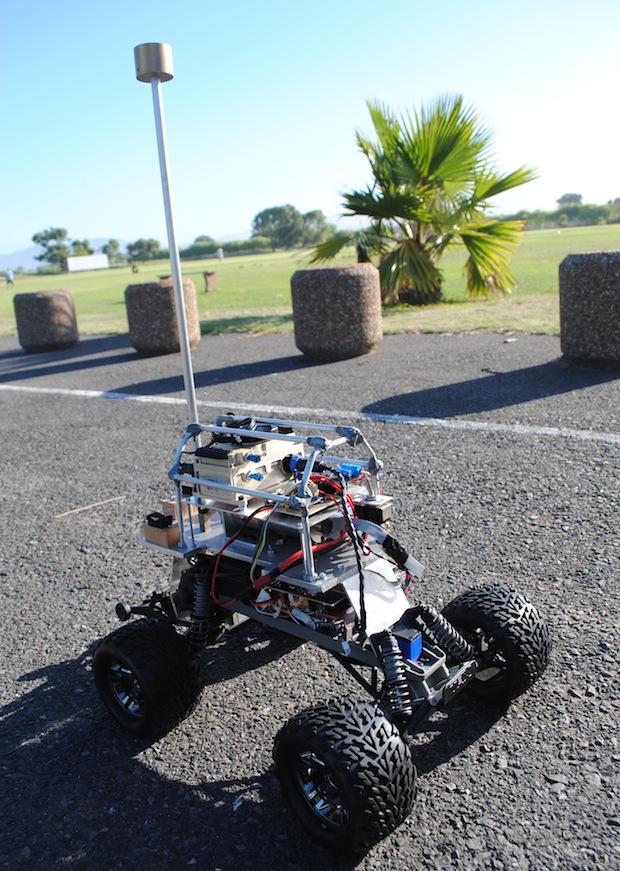 There’s arguably nothing better than having a cool RC car to play around with when boredom takes over. However, RC cars are usually prone to flipping over whenever a sharp turn is made, which is why this particular RC car was built. This little thing is called the Dima, and it manages to overcome the tilting over problem with a tail.

Now, how did this idea came into play? Well, the researchers at the University of Cape Town actually looked to cheetahs for advice. You see, cheetahs are the fastest animals on land, but they are also capable of taking sharp turns while going at top speed. How is this possible? Nothing much really, just that long tail every cheetah carries around.

Interestingly enough, the University of Cape Town isn’t the first to come up with this idea. A while back, engineers at UC Berkeley tried the same thing, but Dima does things a bit differently. Unlike the RC car at Berkeley, the Dima does not use the tail to generate torque to make sharp turns. The tail counteracts the forces that might cause the robot to roll when cornering, which allows all four wheels to stay on the ground.

Could the same approach be used for cars? Probably, but the tail would have to be quite large, and that might just defeat the purpose.