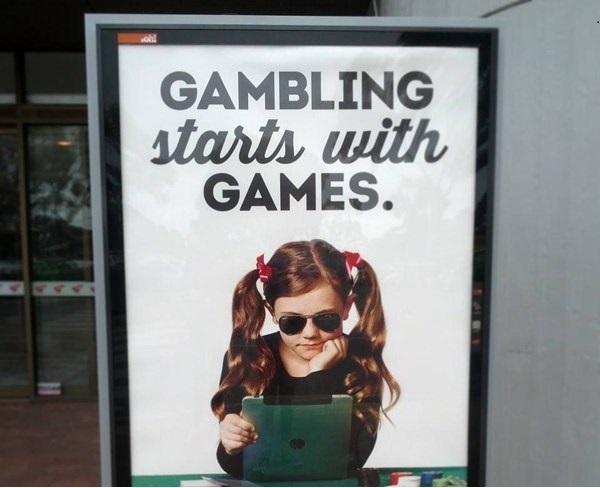 The government in South Australia has unveiled a new facet in their war on gaming and this one focuses on gambling. According to them, if you gamble in a video game as a kid, it will lead to a gambling addiction later in life.

They have launched a new website, Gambling is No Game [2], designed to raise awareness about the dangers of gambling as a child. Though the research section on their site is questionable at best.

According to the site’s main page, the problems lies in “the rapid growth in smartphones, tablets and video games that link to the internet, there has been an explosion in downloadable games. There is no doubt these new technologies bring benefits, but as parents, carers and educators we are all aware of the need to protect children and teenagers from the risks that come with it.”

“An emerging area of serious concern is games that simulate gambling. Increasingly, these games can be played on social media sites, video games that link to the internet and mobile applications. It’s a growing business in a largely unregulated market,” the website also states.

If they were only trying to raise awareness it would be one thing, but they are taking it one step further with a push to introduce laws that would place a MA15+ on any game that has gambling. So a game like Red Dead Redemption, which have gambling in it, wouldn’t be affected since they are already aimed towards a mature audience. On the other hand if a store wanted to sell a used copy of Pokemon Red or Blue editions, that game would have a MA15+ rating because you can use slot machines in it.

Experts have noted that South Australia is having election soon and believe this is largely the reason why this push against gambling is being made.