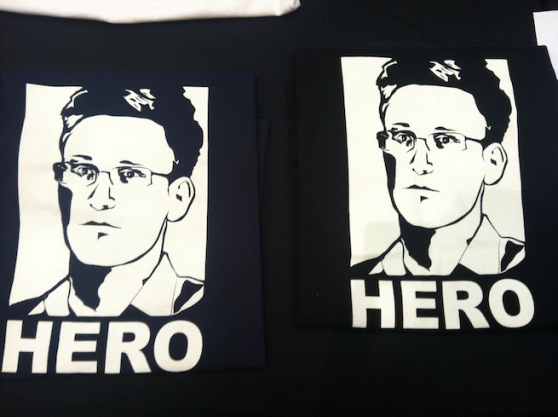 Through an op-ed piece written on Wednesday night, The New York Times has officially come out and said that they believe that Edward Snowden should receive clemency.

The New York Times is one of America’s most influential newspapers, and one that is popular all over the world, and they believe that despite the fact that he did commit a crime, Snowden’s actions have been of a greater benefit to the country as a whole.

“Considering the enormous value of the information he has revealed, and the abuses he has exposed, Mr. Snowden deserves better than a life of permanent exile, fear and flight,” they wrote in the piece [2], adding that “he may have committed a crime to do so, but he has done his country a great service.”

To bear clear, this opinion piece was not by an individual writer for The New York Times but rather by “the editorial board” of the paper, seemingly suggesting this is the official stance of the Times.

The New York Times now joins the ranks of newspapers in favor of clemency for Snowden, which includes the Los Angeles Times and The Guardian, who have also asked that Snowden receive some form of amnesty.

It is doubtful that President Obama will listen, though. The American public, as a whole, seem to feel this way as well. According to a recent poll, 52% of Americans still think Snowden should be charged and 60% believe he has harmed the security of the nation. Of course we can argue about if polls can accurately be extrapolated the general population, but that is a story for a never time.