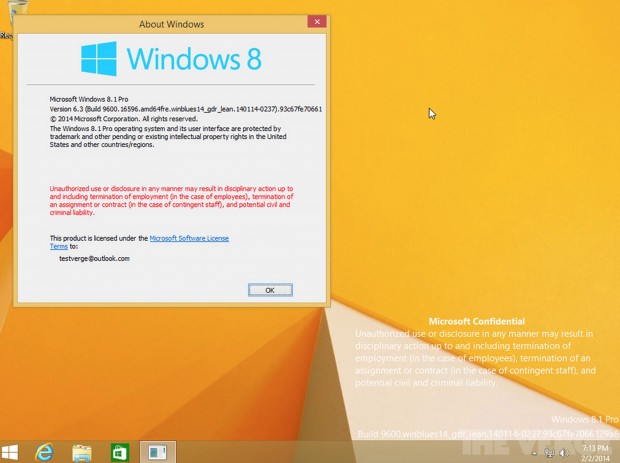 A build of Microsoft’s Windows 8.1 forthcoming update has leaked online, providing a look at some of the tweaks that will be introduced ahead of its official release. This particular version was reportedly compiled in mid-January and a lot of the improvements for mouse and keyboard users are already present.

Metro or Windows 8 style apps will now have a persistent title bar above them, allowing users to easily close, minimize and snap apps. Also, tiles on the start screen can now be right-clicked to reveal options for resizing and unpinning. A search button and a shutdown button have also been added to the Start screen for easier access.

The official release of Windows 8.1 Update 1 is expected on March 11th, so if you don’t want to deal with unfinished software that will certainly contain more bugs, you don’t have much longer to wait.