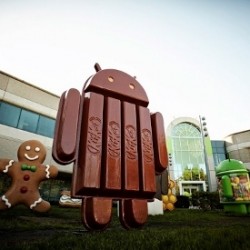 [1]In it’s early days, Android wasn’t the fastest OS on a smartphone. In fact, it used to be synonymous with lag. That’s not true anymore. Since Android 4.0, it’s gotten very fast, and with version 4.1 Jelly Bean, Google even introduced project butter. Still, if you compare an iPhone’s speed to an Android device, it’s a hair slower.

This is largely because of how Android works. It does everything inside a Java virtual machine (known as Dalvik). iOS, on the other hand works down to the hardware. Even with Android 4.4, some speed improvements are still being worked on by Google. They’ve done this by implementing a new JVM called Art, but it’s experimental. So, for now, we have to rely on our own tricks to speed up Android. With a few tweaks, your Android device will be as smooth as butter.

Note: Developer mode only needs to be enabled with devices running Android 4.2 and higher. Android 4.1 has it enabled by default.

How To Speed Up Android

Inside the Developer Options locate Advanced. This particular area will allow you to tweak little aspects of Android, and inside you’ll see three settings (Window animation scale, Transition animation scale and Animator animation scale). All of the following settings are set at x1 by default. To speed up Android, set them to x.5.

Adjusting those three settings will force Android to perform system animations a little faster. It will dramatically improve the speed and smoothness of an already awesome mobile operating system. Enjoy!