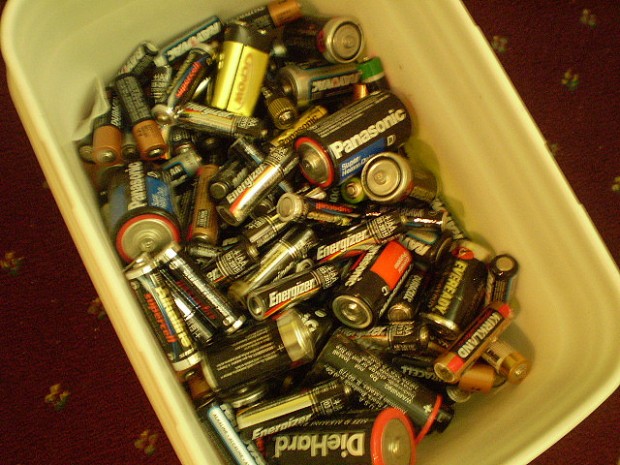 Researchers working at the University of Illinois have been taking steps that could eventually lead to cell-size batteries that power theoretical sensors that could go inside the body to better track your health.

The team published their work in Advanced Materials [2] during the previous week and it involves creating batteries that are biodegradable. They used magnesium and either iron, tungsten, or molybdenum to construct a little battery that was able to give off constant output for a time period of 24 hours.

Depending on the material that was used, the battery gave out between 0.45V to 0.75V. The researchers state that by stacking the cells in a series they can make a battery that is able to power a current LED  light.

These batteries also dissolve, and the time it takes changes depending on temperature. During one of their tests, they put the four-cell battery in a solution made up of salt water. It was 98.6 degrees Fahrenheit took 11 days to break up. The temperature was brought up to 185 degrees and it took another 8 days for it to mostly dissolve. The researchers say that the materials do not harm the environment and are biodegradable.

“Implantable batteries require power efficient designs, to allow operation with batteries at sizes compatible with use in the body,” the paper reads. “As with most battery technologies, size and total power capacity are tightly linked.”

The scientists are fairly confident that they can eventually make the battery smaller, to the point where it could possibly be used in humans, but that is still a long way off.