First, select one of those fonts from the font drop-down list on the Home tab; and then enter some text. Select the text, right-click and click Font to open the window in the shot below. There you can select various OpenType formatting options for the font. 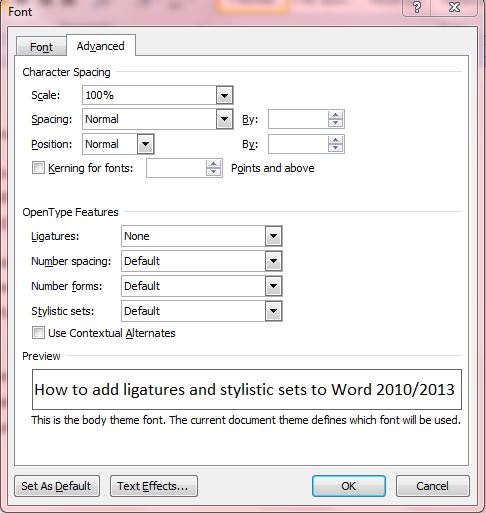 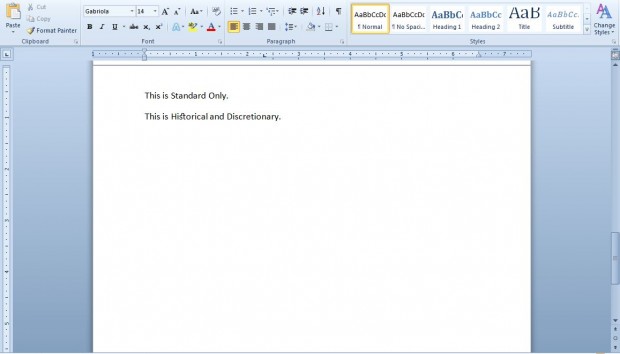 Those Word 2010 options add typographical effects to documents. You can add them to Word 2010/2013 documents, and Publisher 2010/2013 also has OpenType font options.