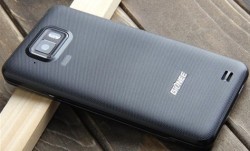 [1]Everyone loves the feeling of opening a brand new Gionee 868H out of the box. Once you get over that sensation of having a new smartphone to play with, you might be thinking what else you can do with the device. Rooting the Gionee 869H should always be one of the first things that comes to mind. Rooting a Gionee device can often result in the added ability to flash new ROMs, install more apps from App Brain and the Google Play Store, increase the performance, remove the default apps that come with your device and much more.

These are the guidelines to root Gionee 868H smartphones running Android 4.2 Jelly Bean.

There are two main root managers that are usually installed on a device along with root access. The root managers — SuperSU and Superuser — are the tools that will keep your device safe and free from any malware provided you do not manually grant them access to your root file system. Nothing can pass through your SuperSU or Superuser gateways once you set them up correctly.

So, knowing that, you should check your Gionee app drawer for the SuperSU app that was meant to come along with your Framaroot app. Those of you who do not see the SuperSU app there should head over to the Google Play Store and install the same [3] before starting to install any root-only apps.

That’s all you need to root Gionee 868H devices running the Android 4.2 operating system. You should find this same method works for all software updates — the 4.2 is just the latest we know about.