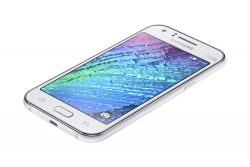 [1]Android 6.0.1 Marshmallow gives plenty of reasons as to why people might want to install a custom ROM on a smartphone that isn’t able to run that update yet any other way. There is a whole other side to customizing a mobile device that has nothing to do with swapping over the ROM and everything to do with making changes the ROM that is running on your device right now. The way we do that is with root access.

Having root access on Android is another way of saying having control over the root user account. The root user is the person who gets to decide what is installed and uninstalled and there is nothing in your way to stop that from happening anymore.

In conclusion, that is how to root Samsung Galaxy J5 SM-J500F smartphones running on the Android 6.0.1 Marshmallow software updates by using the systemless root version of the SuperSU via CF-Auto-Root. It is said that the systemless root version of the rooting tool will not be around in the future versions of the app, but for now, it means you can unroot by taking a factory reset.