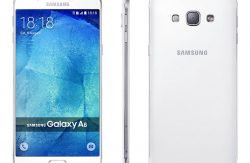 [1]There are typically two mains ways a person can root the Android operating system. One of them is by installing a custom recovery image and then flashing something like SuperSU to help become the root user. The other is by using a one-click rooting tool that doesn’t require you to pre-install a custom recovery image at all. One of the one-click rooting tools that is very popular is the CF-Auto-Root tool. Predominantly used for Samsung mobile devices, the CF-Auto-Root tool is available for the Samsung Galaxy A8 SM-A800S smartphone and means that you can begin installing any of the root application that exist out there as soon as it is installed and enabled using the guide after the break.

HOW TO ROOT SAMSUNG GALAXY A8 SM-A800S RUNNING ON ANDROID 6.0.1 MARSHMALLOW WITH CF-AUTO-ROOT

In conclusion, that is how to root Samsung Galaxy A8 SM-A800S smartphones running Android 6.0.1 Marshmallow software updates with the CF-Auto-Root tool by Chainfire. Since this is the systemless root version of the CF-Auto-Root tool that allows you to unroot now by taking a hard reset, the rooting can take a few minutes longer.