With the Fast Startup turned on, it’s said that Windows can now start up faster than Hibernate mode—making the Hibernate mode option not far away from being obsolete now.  The way Windows 10 manages to makes that happen is by saving an image of the Windows kernel and drivers to C:\hiberfile on your C: drive. 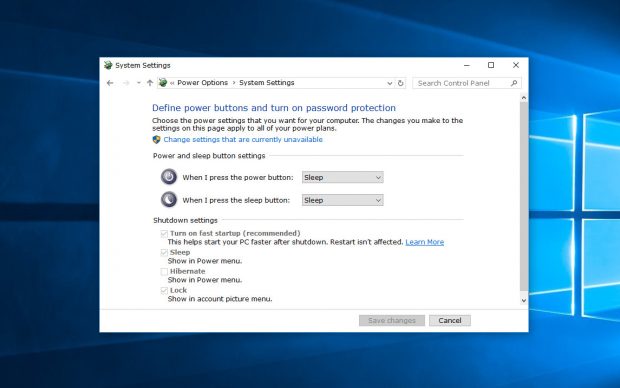 Although Microsoft has got the Fast Startup feature turned on by default and puts the word “recommended” next to it in the settings, there are a few pros and cons you should know about before deciding what you want to do with your computer. The advantages are pretty obvious already: it’s going to give you the fastest startup experience in a Windows operating system to date. As for the cons, the computer doesn’t perform a normal shutdown—which is why it can make it happen so quickly. It won’t cause you too many issues other than potentially missing some system updates since the system updates are programmed to occur when the computer is shutting down. It’s also possible that the Fast Startup feature interferes with the encrypted disk images. If you use an encryption program, it’s possible that an encrypted drive is automatically remounted when starting the computer back up on occasion. Also, any computers out there that don’t come with a Hibernate mode won’t be able to support the Fast Startup mode. Lastly, you can expect the hard disk to be locked down with the Fast Startup working, and that means you won’t be able to access it from other operating systems if you use a dual boot computer.

Open the Control Panel [2] and choose to view it by the small icons view. Click on the “Power Options” link from the Control Panel menu. It’ll direct you through to the page that lists a bunch of power plan options. In the left side pane is a link called “Choose what the power buttons do” that you need to click on next.

Click on the “Change settings that are currently unavailable” link that has the blue and yellow shield next to it. 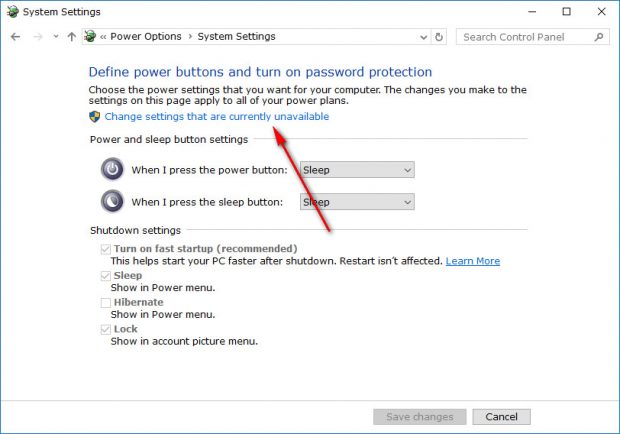 Direct your eyes to where it shows the Shutdown settings on the bottom half of the open window. There are four checkboxes under there. The top box available is the one related to the Fast Startup, and you need to make sure it is checked if you want to have a computer that is starting up fast. If you were hoping to learn more from the “Learn More” link, you’d be a bit disappointed. Microsoft hasn’t got a page to explain the feature there like some might have hoped, and it’s currently linking to a general Windows 10 page. But there is also a “recommended” in brackets next to this option, so you know it is safe to use since Microsoft is pushing for people to use it. 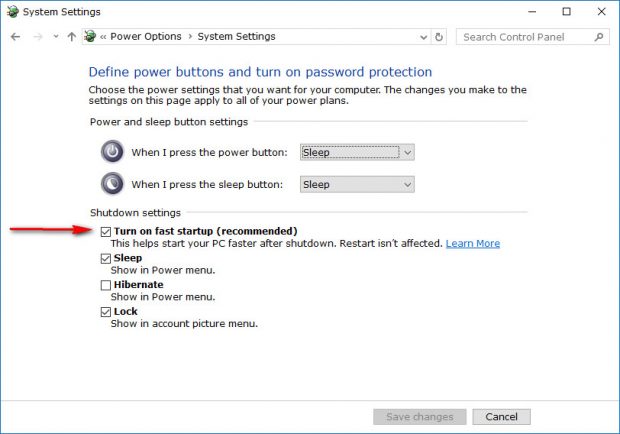 Now that you know how to turn the Fast Startup feature on and off, you’ll be able to use it accordingly based on weighing up which pros and cons work in your favor.