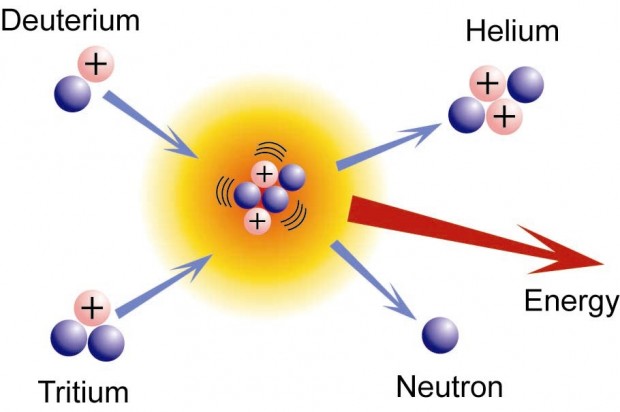 According to a report by BBC, Scientists and researchers at the National Ignition Facility (NIF) in the U.S. managed to have surpassed a fundamental milestone on the way to the vital goal of attaining self-sustaining nuclear fusion. You might not have known this, but nuclear fusion is basically the process that powers the Sun.

Now, if researchers are able to harness the power of nuclear fusion, the human race could well be on its way to provide an unlimited and cheap source of energy. Furthermore, it may allow us to refrain from torturing the Earth for crude oil. You know what, we’d love if nuclear fusion could be used to power consumer vehicles and spacecraft’s, among other things.

According to the BBC report, in the experiment by NIF, the volume of energy released through the fusion feedback surpassed the amount of energy being sucked up by the fuel. While close to true fusion energy (outputting more energy than was input), the scientists weren’t able to get true fusion due to the energy consumed by the lasers used in the process.

This all happened during an experiment in late September and it is the first time this has ever happened in a fusion facility; hopefully the folks behind this had a chance to drink a few bottles of beer afterwards.

For over 50 years, researchers have tried to control nuclear fusion with constant failure after failure. NIF was expected to help provide a monumental breakthrough in the technology, and that appears to be what is on our hands. Of course, we aren’t physicists so we may be wrong — we can only tell you what we read. However, few will argue with me when I say this is the single most meaningful step for fusion to date. It also proves the National Ignition Facility is traveling on the path to eventual self-sustaining fusion. How eventual is eventual? Beats me.

It’s a pity the achievement has been announced during the government shutdown. It may not get the recognition it deserves, but maybe that doesn’t matter to the researchers and scientist at NIF.