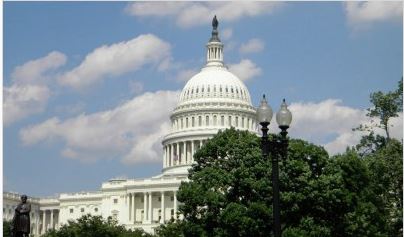 In light of the recent NSA scandal, US congressmen and women are planning to do something to help make Americans to feel safer about their privacy while they are online. The new bill, Uniting and Strengthening America by Fulfilling rights and Ending Eavesdropping, Dragnet-collection and Online Monitoring Act (or USA FREEDOM Act) is designed to curtail the NSA’s ability to collect information on the average online user.

This bill, broad by definition, focuses on reformation of the Patriot Act, section 215 and the Foreign Intelligent Surveillance Act (FISA), section 702. These two sections are the most used section by the NSA to conduct their operation. By reforming them, the NSA’s operations are to be curtailed.

Senator Patrick Leahy and Representative Jim Sensenbrenner, the sponsors of the bill [2], plan to place new rules that constrains the NSA’s policy of trap and trace. They want to close down the NSA’s habit of collecting bulk information and then sifting through it for usable information. Their bill also plans on closing the reverse targeting loop hole, prohibiting them from spying on foreign nationals in order to obtain information on United States Citizens.

As it stands now, companies that receive FISA orders are not allowed to disclose the information to the public or their users. The new bill will allow companies to disclose how many orders they have received, how many they have complied with, as well as the number of accounts or users that the order affected. The government would also be required to release the estimated number of individuals in the US that were subjected to these FISA orders.

Now let’s see if Congress passes the bill and President Obama signs it into law. …Who wants popcorn?