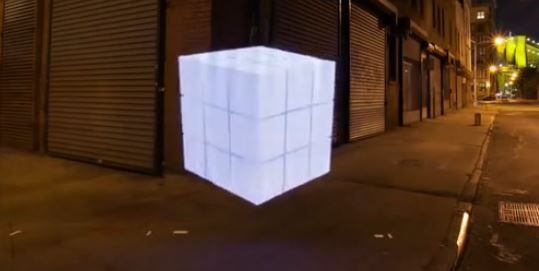 “Light painting” has always been a “thing” for amateur photographers, which when taking pictures at night find, serendipitously, mind you, tracks of lingering colors that seem to emanate from light sources that are captured in the image. The result is effected by configuring the camera to yield a slow shutter speed. As a result, the camera gathers/accumulates lights for longer periods of time in order to render a brighter picture, but if sources of light move within that time frame of snap-shot, the picture appears smudged, and it seems as if someone has produced a trail of light on the picture with glowing ink. This has led to the coining of the term “light painting,” and has begotten a new form of art.

Light painting is an art form that dates more than hundred years back. However intriguing and captivating “light painting” is, it has not undergone substantial advancement because it is fairly difficult to make accurate designs that the painter intends to make. However, Pixelstick is about to make ground-breaking changes in the realm of “light painting.”

Pixelstick is a new Kickstarter project [2] that promises to allow users create complex designs that were deemed impossible in former times. Colloquially, Pixelstick is a stick with pixels; Pixelstick is a 6′ aluminium bar with 198 RGB LEDs embedded evenly along the bar’s entire length. The RGB LEDs are the “pixels” of the image itself, and they give Pixelstick a “lightsaber” look from “Stars Wars.” Yes it glows quite like the “lightsaber,” but with different colors rather than just one uniform color. The device has a “brain” that lives in a small box attached to the device, an SD card reader, and a handheld controller.

How it works is that Pixelstick creates one vertical line at a time, and the design is created over multiple time-frames in the extended time lapse of a snap shot, and then the picture is compiled rendering a design or a portrait. Moreover, pictures can be super-imposed on one another producing aesthetic and more complex designs that are impossible to create in an image. Flash by Flash, the image is burned or created on the snap shot. The Pixelstick also has a handle that allows the Pixelstick to rotate or spin on its axis, rendering endless possibilties of designs. The designs that can be created with Pixelstick depend on how fast or slow the stick is moved or rotated. If moved slowly, a different design is produced, and if moved swiftly, a different design is produced, and then there is the gray area between the two. An example of the afore-mentioned concept is posted below: 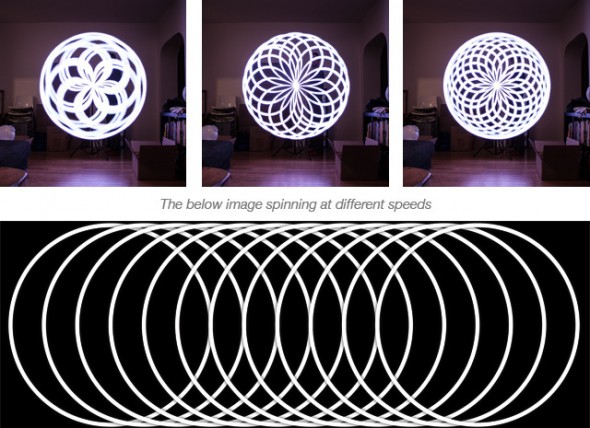 All first three images are produced at three different speeds of rotation of Pixelstick. As in the 4th picture, multiple images can be queued up or compressed onto one another.

However, Pixelstick is fairly expensive. It has an initial price tag of $250, and the creators, Bitbanger Labs, aim to raise as much as $110 000 on Kickstarter. I think Pixelstick has the potential of completely revolutionizing photography.