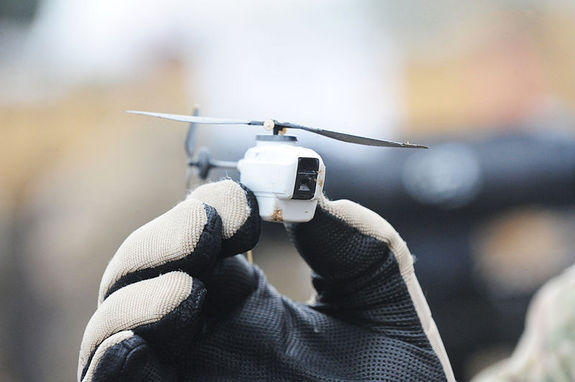 In the post 9/11 era, the world has borne witness to the most remarkable military technology ever used in the history of warfare. From state-of-the-art missiles, planes, naval warships, hand-held guns, to drones, the exposure and use of new technology at every turn in time has not ceased.

As we speak, drones the size of a human palm are also now being deployed in battlefields. In Dan Brown’s book, Deception Point, Dan Brown speaks of such technology. In the book, he mentions that such technology exists, and he gives a brief description of a robotic mosquito the size of a real mosquito that can kill a person by stinging the victim with a lethal chemical. Quite like a real lethal mosquito. When I read the book, my initial reaction to the mention of such technology was one of utter disbelief, but after reading about the palm-size drone mentioned above, I now bow down to Dan Brown’s honesty. It is worth noting here that Deception Point came out in 2001; some roughly 12 years ago.

The British armed forces have been using Black Hornet Personal Reconnaissance System in Afghanistan since last year for spying on enemies. According to Prox Dynamics AS, the corporation that produces these drones, the Black Hornet Personal Reconnaissance System was designed for ground troops requiring a stealthy airborne camera for tactical spying.

The troops that have used Black Hornet Personal Reconnaissance System attest the alleged capabilities of these drones, and further say that it is furtive and cannot be detected.

The Black Hornet Personal Reconnaissance System comes in a strong, water-proof case with an 18 centimeters long screen, two Black Hornet drones, and a station for recharging of batteries. The drones use GPS coordinates to reach their targets, and on reaching the target, they can send still images and video feed to the user of the drone. However, it does have some drawbacks. Because the drones have batteries that can only last 20 minutes- 25  minutes until recharging, the drones can travel approximately 1200 meters in one go. In addition, the drones cannot be used for night spying because they cannot carry a camera that can spy in the night.

The popularity of these drones and the likes of such technology suggest that military technology has taken a new turn.