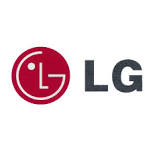 LG is still dealing with the backlash from customers who discovered that their television set was “spying” on them even though they set up privacy settings on their television. LG promises an update on the television to keep the collection from happening again.

Jason Huntly, the UK-based IT consultant that originally brought the issue to light, stated that LG was making a positive step forward.

LG released a statement saying, “We have verified that even when this function is turned off by viewers, it continues to transmit viewing information, although the data is not retained by the server. A firmware updated is being prepared for immediate rollout that will correct this problem on all affected LG Smart TVs so when this feature is disabled, no data will be transmitted.”

LG is far from the only electronics manufacture that has been discovered to transmit data on what users view. Sony’s PlayStation transmit information about each Blu-ray that is played.

LG wants consumers to know that “This information is collected as part of the Smart TV platform to deliver more relevant advertisements and to offer recommendations to viewers based on what other LG Smart TV owners are watching.”

The company stresses that no personal information is ever obtained.