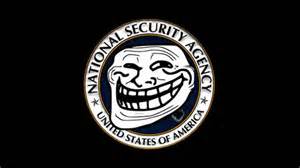 Due to Edward Snowden’s revelations [2] about the spying prowess of the NSA, many people have been irked with using computers, smartphones, tablets and even gaming consoles — thinking in the back of our minds whether this or that is being recorded by NSA and similar organizations. Your concerns may be confounded.

Stewart Baker, former general of NSA, says the following: “On the whole, it’s fairer and maybe more humane” than bombing a suspect, describing the “it” as “dropping the truth on them.” Honestly, we would have to agree. While we aren’t necessarily supporting the NSA or American bully-ism and ideology, we agree with the idea of fighting a war by discrediting your enemy rather than blowing them up.