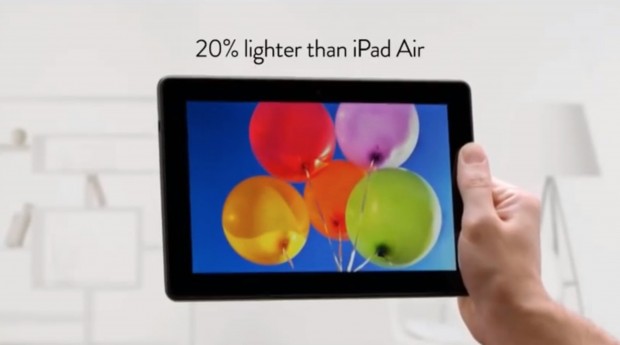 Mocking the iPad [2] seems like the go-to advertising tactic these days, as Amazon is following up Microsoft’s targeted ads with their own take. In the company’s latest commercial for the Kindle Fire HDX, a British narrator boasts about the iPad Air, much like Apple’s typical videos. But after each point, another voice counters with why the Kindle Fire is a better device. It has a million more pixels, is 20 percent lighter and is ultimately cheaper than Apple’s tablet.

It also looks like we’ll mostly be seeing Amazon do this from now on, as Microsoft is seemingly too busy attacking Google with its “Scroogled” campaign.