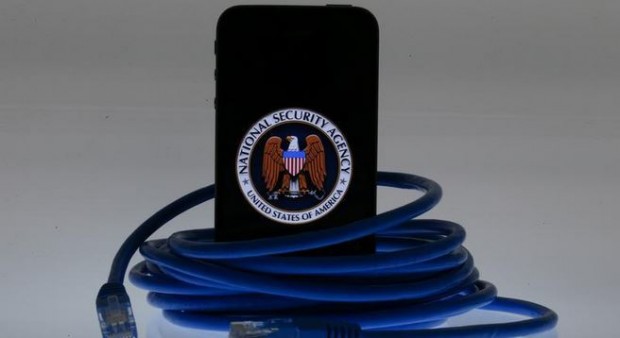 In yet another revelation from Edward Snowden [2], The Washington Post reports that the National Security Agency (NSA) is collecting approximately 5 billion records per day on the location of mobile phones. These phones aren’t just located in the United states, but are all around the world.

According to the leaked Snowden documentation, the data is collected by tapping into cables that connect mobile phone networks globally. These records are then fed into a database that contains information on hundreds of millions of devices worldwide.

The NSA has always claimed that it does not target Americans (because, apparently, targeting non-Americans is a-okay), however, this claim is looking more like a lie day by day. Of the cell phone location records captured by the NSA, tens of millions of the records are said to belong to Americans who have traveled abroad. Still, US officials say the programs collecting the information and analyzing the data is lawful. They are intended use is to gain intelligence about foreign targets.

When the NSA collects the data, it doesn’t know what information it actually needs; it has nearly 27 terabytes of information in its database but only uses about 1 percent of it. The amount of the data pooled in this one database is larger than any other surveillance program undertaken by the NSA.

Researchers and analysts can use mathematical techniques with the database information to retrace movements and expose relationships between cellphone users around the globe. It is said that CO-TRAVELER, the collective name for the analytic tools the NSA uses to analyze the database, allows the NSA to track a person no matter where they are. It allows them to track a person on personal visits to friends and family, business meetings, even in the privacy of their homes. This ability has some privacy advocates up in arms.

“One of the key components of location data,and why it’s so sensitive, is that the laws of physics don’t let you keep it private, “said Chris Soghoia, principle technologist at the American Civil Liberties Union.

How does the NSA get their data? They collect data from 10 major signals intelligence activity designators, or sigdads. An example of one sigdad the NSA is known to use, STORMBREW, collects origination and destination points from 27 telephone links. This information includes cell tower identifiers. These identifiers can be used to determine cell phone location.

According to the Post, this collection of data has been going on for years. NSA director Keith B. Alexander testified to the Senate in October the NSA ran a “pilot project” in 2010 and 2011. During this project, samples of  U.S. cellphone data was collected although he claims the data was never made available and the project was discontinued.

Thinking that a disposable cell phone, a phone that doesn’t have a contract and therefore doesn’t have any registration information, will keep you from being in their sights? Think again. Using a disposable cell phone, especially if you only turn it on to make a quick call before shutting it back down, will mark you for even more scrutiny. If you happen to turn your phone on just as another nearby phone is turned off, CO-TRAVELER notices. The idea of this “side-by-side security effort” is to “assist in determining whether co-travelers are associated through behaviorally relevant relationships,” according to an NSA white paper.

…Is anyone really surprised at this point?