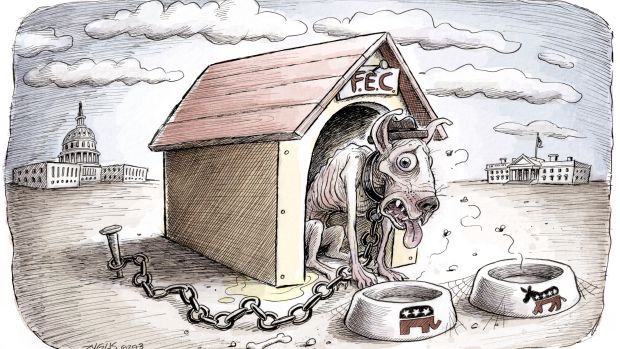 In October, the US Federal Election Committee’s (FEC) system was infiltrated by Chinese hackers, causing a shutdown in areas that contained data on campaign funds and areas that contained information of sensitive nature. This and more was revealed in an investigation by the Center for Public Integrity [2] (CPI), an organization that is nonprofit and focuses on investigative journalism.

The investigation spanned 6 months and found that the FEC is essentially an organization that is in shambles. This is something they find very discouraging since the FEC is supposed to be keeping an eye on laws that effect the finance of political campaigns.

The CPI has found that in the last five year the FEC has had inadequate funding, not enough people to properly staff the organization and are suffering from being very behind on compliance reports. So its no wonder that their system was infiltrated, something they had also been previously warned about it in the past.

According to the CPI there is a bit of hope in the future and that comes in the forms of Republican Lee Goodman and Democrat Ann Ravel. They have just become commissioners for the organization and the CPI hope that they will be able to turn the ship around for the FEC.