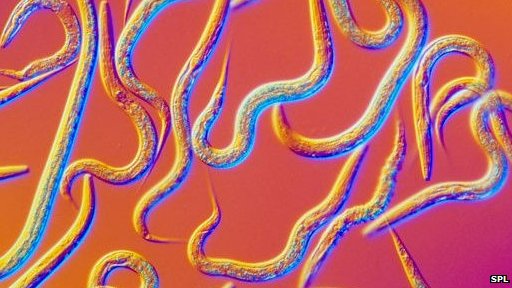 Guess what? There’s a project out there designed to create artificial life called the OpenWorm project. So far, the project is seeing the fruits of its labor after it created a lifelike copy of a nematode roundworm entirely out of computer code. Interestingly enough, the creators managed to add a few lines of code that allowed the artificial worm to wriggle on its own — similar to a real life worm.

The worm being built by the OpenWorm project [2] aims to replicate C. elegans in fine detail with all of its 1,000 cells being modeled, on a computer. Early work on the worm allowed the team to make a few muscle segments twitch. However, the team has a complete worm to work with right now, so the possibilities are endless in terms of what they can do.

We understand the worm’s muscle movements have been refined, which allows it to sway and move like its real-life counterpart. This is due to the refinement of the code used to govern the creature moves compared to the real thing.

Moving forward, the plan is to hook the artificial body up to a simulation of a worms brain to understand how and why it moves. The team also hopes to make a virtual version of the worm available online for people like you and me to interact with via our web browsers. How long? We have no idea, but we can’t wait.

If you’re in the time machine business, hook us up, please and thanks.