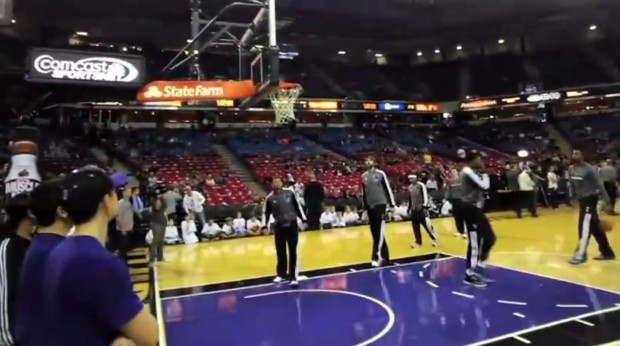 The NBA’s Sacramento Kings may not be the force they were in earlier seasons, but the franchise appears to be making a name for themselves in the world of tech. After recently announcing that they would begin accepting the digital currency Bitcoin, the Kings are now set to wear Google Glass during their January 24th game against the Pacers.

While the players won’t actually be wearing Google’s wearable while playing against the league’s top team, they’ll be capturing footage with Glass before the game during huddles, warm-ups and lineup introductions — giving fans a peek at the action from a perspective of one the players. CrowdOptic, the company responsible for putting this all together, will package the footage and presumably have it available on the Kings official website or elsewhere on the internet.

For now, this peak into the perspective of an NBA player should surely be a treat for fans. But here’s to hoping that the future will allow us to see an actual game be played with Google Glass capturing all the action.