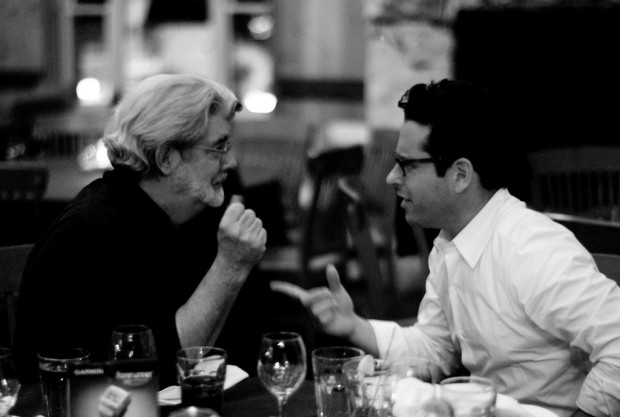 The story for Star Wars Episode VII has been set and is now complete. Director J.J. Abrams has confirmed to TheWrap that the script for long-awaited sci-fi sequel is finished, and that production is well underway:

“We’re working really hard and we’ve got our script and we’re in deep prep. Full steam ahead, y’know.”

But despite having a director and a finished script for the next Star Wars film, we’re still very much in the dark about who is going to star in it. At the same event confirming the news regarding the script, Abrams also confirmed that they’ve been in discussions with Breaking Bad‘s Jesse Plemons, who has been rumored to have a starring role. Plemons is best known for playing Todd, a psychotic murderer, in the recently concluded TV series.

Star Wars Episode VII is scheduled to open in theaters in December 2015.