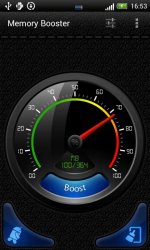 [1]It can’t be helped. As time goes by, the Android device that you once thought was the best of its kind will eventually age and before you even know it, it has already passed its prime era. Apparently, you will also notice a significant change in its speed and performance. Unlike before, it can no longer load your games and apps at blazing speeds. Needless to say, your device has become sluggish but that doesn’t mean that you can’t do something about it. As a matter of fact, you can do things that would at least give a slight boost to its performance. Like, for example, you can use an Android RAM optimizer such as Smart Memory Booster.

Smart Memory Booster is a free Android RAM optimizer that you can use to help boost your Android device’s speed and performance. This app is said to defragment your phone’s memory in such a way that it could reclaim its lost RAM. In addition, this app is also designed to stop apps that are running in the background and thereby helps prevent your device from draining too much of its battery. 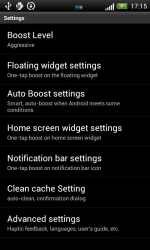 [2]One of the main reasons why your device runs slower is that it could be loaded with lots of apps and data. When your phone is low in memory, it gets very sluggish. Therefore, the best thing that you can do is to remove some apps, especially those that you don’t really need, so that you can free up your RAM or memory space. Speaking of which, this is where Smart Memory Booster comes into play.

Smart Memory Booster provides a quick and easy way for Android users to speed up the performance of their slugging smartphones and tablets. When you download and install this app on your device, it will basically give you five ways to boost your device memory. This could be done using its floating widget, home screen widget, auto-boost option, notification and “boost now” button. Of course, whatever method you choose, the effect will be the same. The only difference is the way how you implement the action.

Like for example, if you use the floating widget (which is already active by default) then you no longer need to launch or open the app from your app list. Just click the floating widget and it will automatically release your device’s hogged memory. If you’re not a fan of using widgets, then you can simply opt to enable to auto-boost option which apparently boosts your device memory at a given time interval or whenever your device screen gets turned off. Apart from this, you can also manually boost your device memory by tapping on the “boost now” button.

What’s great about this app is that it’s convenient to use. It also offers some non-obtrusive widgets plus its UI’s default theme looks very neat and modern. I also like the fact that it features some additional options such as its built-in cache cleaner. It also offers an “Ignore List” option just in case there are apps that you don’t want to killed or aborted.

All in all, Smart Memory Booster appears to be a very decent Android RAM optimizer. It does what it is intended to do and you can clearly notice the difference especially if you’re using on a sluggish tablet or smartphone. Just keep in mind that some of the app’s features and options are not available for free users. If you want to avail these features, then you’ll need to upgrade to the app’s Pro version.

Indeed, how much of an effect a third-party memory manager has on your device will vary on a case-to-case basis. The only way to know if it helps you is to give it a try yourself.

As for Smart Memory Booster, it is one of the better third-party memory managers out there. So if you are looking for such a device, check it out. Moreover, it’s not really necessary for you to upgrade to its Pro version. Its free version is already good enough.