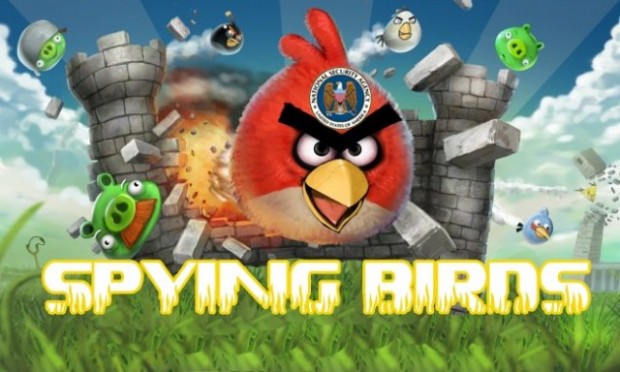 Earlier this week it was revealed that the NSA was using apps such as Angry Birds to spy on people [2]. Since then, the Angry Bird’s website has been hit by hackers, who defaced the Angry Birds logo, and put “Spying Birds” underneath.

Apparently Rovio caught what had happened fairly quickly. “The defacement was caught in minutes and corrected immediately,” said marketing manager Saara Bergstrom.”The end user data was in no risk at any point. Due to how the internet name resolution works for most areas it was not visible at all, but some areas take time for the correct information to be updated. This attack looks to be similar to the New York Times attacks from last year.”

The attack on the New York Times that Bergstrom mentioned was conducted by the Syrian Electronic Army (SEA). The hacking group has been in the news a lot lately, most recently for hacking into Microsoft employee email accounts. The group has not taken credit for this attack, but a Twitter account  associated with the SEA has claimed that it was a friend.

“A friend hacked and defaced @Angrybirds website after reports confirms its spying on people,” the account said. “The attack was by ‘Anti-NSA’ Hacker. He sent an email to our official email with the link of the hacked website.”

Aside from denying any known involvement with the NSA, Rovio has put the blame for security weaknesses squarely on third party advertisers.

“As the alleged surveillance might be happening through third-party advertising networks, the most important conversation to be had is how to ensure user privacy is protected while preventing the negative impact on the whole advertising industry and the countless mobile apps that rely on ad networks,” said Mikael Hed, who is Rovio’s chief executive.

“In order to protect our end users, we will, like all other companies using third-party advertising networks, have to re-evaluate working with these networks if they are being used for spying purposes,” he added.