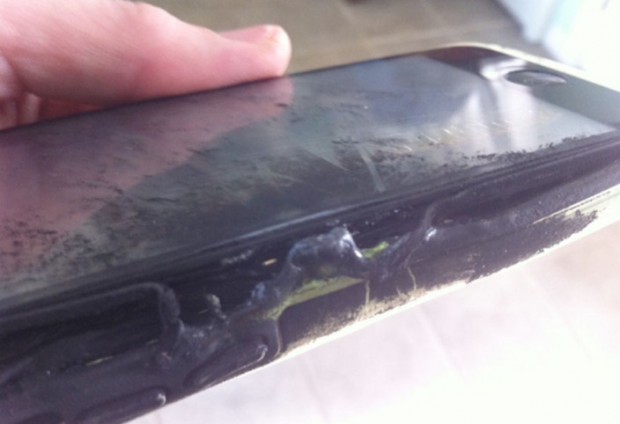 A 14-yea-old girl received 2nd degree burns from her iPhone 5c, which caught on fire in her pants. The girl, who has not been named, is from Kennebunk, Maine, and the incident occurred while waiting for class to start.

“Immediately, smoke starts billowing from around the student,” said Jeff Rodman, who is the principal for the middle School the girl attends. “She knew right away something was wrong and, in a panic, knew her pants were on fire caused by the cellphone.”

Luckily, once she realized that her pants were on fire, no jokes now, she managed to stop, drop, and roll, at which point, according to Rodman, “the phone fell out of her pocket … and it was still smoldering. Her pants were still on fire.”

After her pants were taken off and put out, she was taken to Biddeford’s hospital, treated for second-degree burns, released, and even wanted to return to class. Despite this officials at the school and those at the hospital thought it best for her to go home. “She’s very calm – just a calm person,” her mother, Judy Milligan, said.

The cause behind the fire was the rechargeable battery that the iPhone uses. “There’s basically a lithium-ion type rechargeable battery built in (to an iPhone),” Andrew Rosenstein, who owns Techport, a business in Portland that repairs products from Apple, explained. “The battery, as it charges and discharges, it’s really a chemical reaction that can generate heat. It’s very rare there can be an issue, but any battery is just a chemical composition that can be flammable in extreme circumstances.”