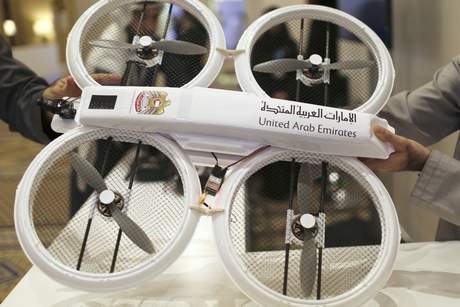 The United Arab Emirates (UAE) is testing out drones and their delivery applications in Dubai.

Interestingly enough, the first things that the drones will be carrying will be government documents like driver’s licenses. The UAE will use Dubai as their testing ground for this technology, and if it goes well they’ll expand to the rest of the country.

“Within a year from now we will understand the capabilities of the system and what sort of services, and how far we can deliver,”  Mohammed al-Gergawi, who is the minister of cabinet affairs, said to Reuters. “Eventually a new product will be launched across all the country.”

The drones they’ll use are small, only about 18 inches in width, with four rotors and will transport their deliveries in an upper storage compartment. In order to protect against tampering with the packages, apparently the drones will have retina and fingerprint scanning technology.

Other companies like Amazon have also announced plans to make deliveries using drones, and while it’s definitely an interesting idea, the idea of delivering government documents in trial runs seems like asking for trouble.