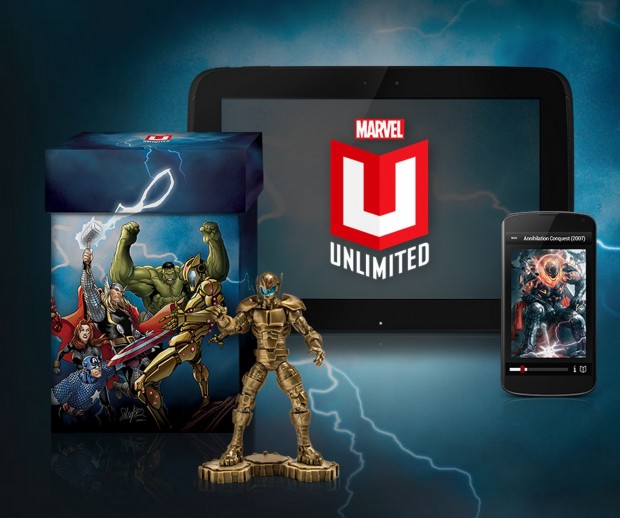 The experience of comics has always been largely the same, but the advent and success of digital comics has paved the way for a new experiment. As part of an update to its subscription app, Marvel Unlimited, Marvel is adding sound effects and music to a five-comic storyline.

Issues 8, 9 and 11 through 14 will feature sound effects and music composed by Emmy-nominated David Ari Leon. Though the feature might sound like a silly gimmick at first, it actually doesn’t seem that bad after seeing it in action. The Verge was able to get hands-on time with the feature, which you can see in the video below:

This new audio experience is only available right now for one storyline and only in the Marvel Unlimited app. But if successful, it wouldn’t be surprising to see it in other comic runs and apps such as Comixology.