If there is something that Google Now is definitely lacking, it’s none other than the ability to set actual timers. For quite some time now, it’s been giving the same old response every time you ask it to “set a timer”.

If you are already using this feature, then you probably know by now that if you say the “OK Google, set a timer for XX” command, it will set an alarm instead of a countdown timer. This can be quite annoying since you will eventually need to delete all of the alarms that you’ve set before they pile up on your list of alarms.

Fortunately, you no longer need to put up with this irksome feature since Google has recently pushed an update that addresses this issue. With the recent update, you can now set actual countdown timers on Google Now by simple saying “OK Google, set a timer XX minutes or seconds”.

After stating your command, Google Now will prompt you to confirm the time. You can even opt to go more specific by adding seconds. Just like other voice commands, you can also cancel the timer before making another command. 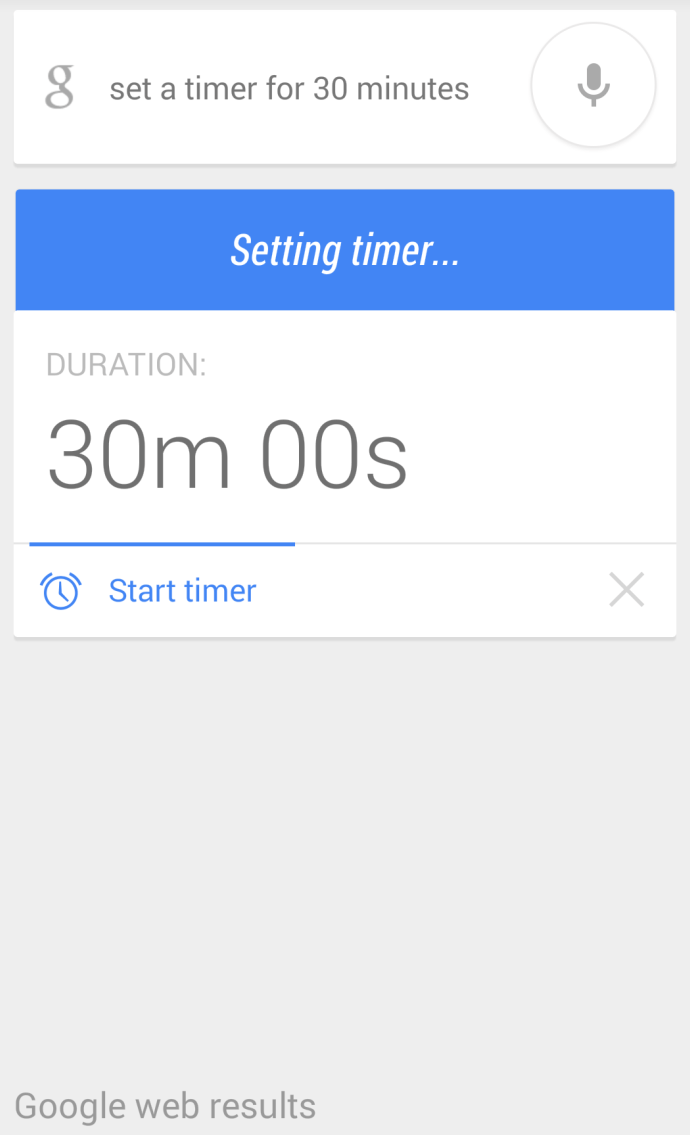 Speaking of which, here are a few examples on how to set a timer by simply stating the “set a timer for XX” command.

Anyways, just keep in mind that Google Now only supports devices that are running on Android 4.1 and up. You also need to check if your Google Search application is currently up-to-date or else, you may never get this feature to work properly on your device.

If you are using Chrome as web browser, you can also set a countdown timer by simply typing the keyword “countdown timer” on web search. After you do this, the hover card for countdown timer will immediately appear on top of your search results page. By default, the timer will be set in 5 minutes but you can easily edit it by clicking on its sections for hours, minutes and seconds.