Calvin and Hobbes was one of the great U.S. comic strips. The comic series has been included in thousands of newspapers and has 18 comic books. The best way to find those comics is with the Calvin and Hobbes search engine. 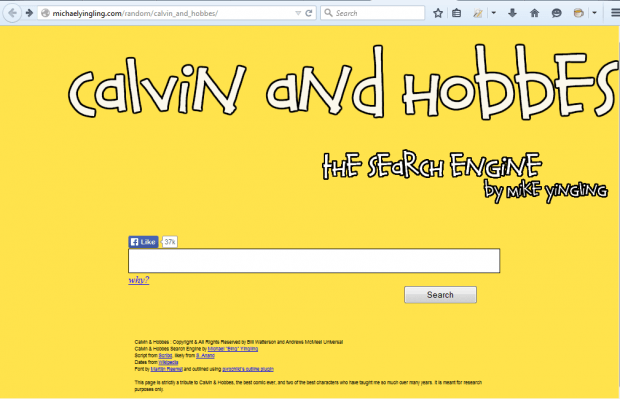 First, open the Calvin and Hobbes search engine in the shot above. That’s a search engine which you can enter text into much the same as Google. Enter a keyword in the text box and press Search.

Note that this search engine looks for exact keywords that aren’t case sensitive. As such, you can’t enter two alternative keywords into the search engine such as “football” and “field.” If you do it will search for “football field” together.

When you press the Search button, the search engine will display results as below. It tells you how many comics it found that include the keyword you entered. In the example below I entered football, and 33 comics were found with that keyword. 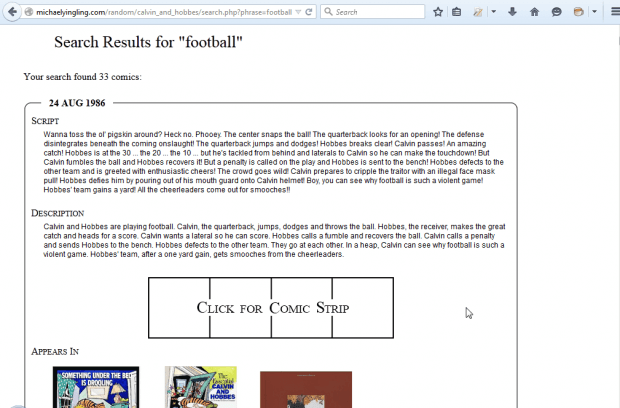 Then press the Click for Comic Strip button. That will open the comic strip as below. Press the zoom button in the middle of the page to expand the comic. 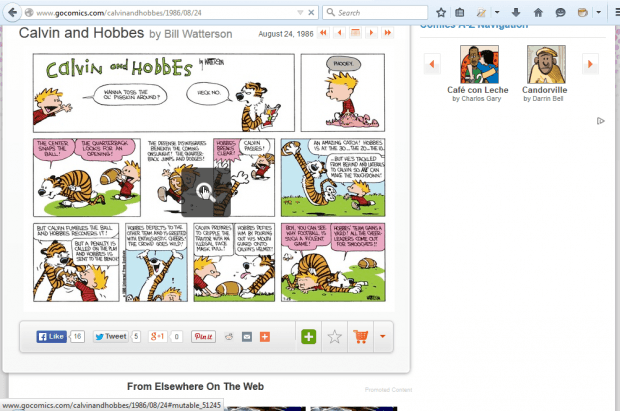 So fans of the comics should check out this search engine. With it you can quickly find Calvin and Hobbes comic strips.