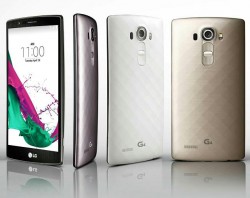 [1]The LG G4 is a newly released flagship smartphone under the Life’s Good company name. As with most new devices these days, it didn’t take long for a root method to become available — this time thanks to an updated version of SuperSU. Sometimes with new devices, information is scarce and it’s hard to know exactly what works and what doesn’t. According to the reports, the rooting guide for LG G4 does work for all variants. That will likely change with future software updates, though. With that in mind it’s reasonable to expect a few soft bricks along the way and that’s where this unbrick LG G4 guide steps in. Here’s how it’s done:

HOW TO UNBRICK THE LG G4