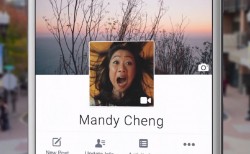 If you’ve been online for as long as I have, you might remember the days when you noticed the occasional person with an animated GIF Twitter profile picture. Twitter then went and made the GIF against Twitter’s policy laws and users could no longer have them, even if they managed to come up with a workaround to get them working. Noways, you just don’t see them at all with Twitter either clamping down hard on the rule, or more people realizing that they were against the user policy.

Rumor has it that the Twitter GIF is against the policy because they were taking too long to load over a normal profile picture that requires less loading time. I haven’t done the research to either confirm or deny that, but what I do know is that they are not allowed. Now flash back to 2014 and you might remember that it seemed Twitter was showing GIFs on Twitter timelines, along with the news of “Twitter is finally allowing us all to use animated GIFs” from various sources online. But it turns out they were not GIFs at all but rather MP4 videos playing on repeat.

Facebook’s policy has always been one that’s less confusing. You simply couldn’t upload a GIF no matter what way you tried. I don’t know about you, but I hadn’t even seen the most expert of Facebook hackers managing to install an animated GIF profile picture. While the GIF is still technically not allowed, Facebook is letting people upload a 7 second video and use it as a profile picture — not too dissimilar to a Vine video, right? In fact, it’s pretty much the exact same thing as a Vine video right down to the allocated 7 second mark. Nevertheless, it’s still a new feature to Facebook and one that’s sure to be popular over the next few months as people work out how to upload these 7 second Facebook videos. That’s what this video is for: to help you learn how to use a video as a Facebook profile picture.

HOW TO USE A VIDEO AS A FACEBOOK PROFILE PICTURE

And for those who prefer watching how using a video as a Facebook profile picture is done, you can watch this video presented by Gadget Hacks: