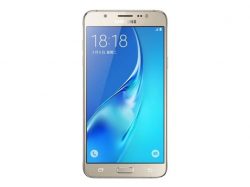 If you are a developer and your passion is making some changes to what you see happening with Android, then you will have a hard time of doing that without root access. Root access simple means being in control of the operating system, so there are no locks and no permissions stopping you from doing the things that you want to do. For developers that is vital. For everyone else, it is also useful if you have any internet in using one of the thousands of extra applications that are out there on the Google Play Store available for you to use. Those root apps are there to be downloaded and installed for all devices but hey do not run unless they have the rooting permissions granted for them, and that is what a tool like Chainfire’s CF-Auto-Root can do for you.

The following guide is what you need in order to root Samsung Galaxy J7 SM-J700F smartphones running on the Android 6.0.1 marshmallow software updates using a one-click rooting tool instead of a custom recovery image and flashing the SuperSU.

In conclusion, that is all that is required to root Samsung Galaxy J7 SM-J700F smartphones running on the Android 6.0.1 Marshmallow updates by using the CF-Auto-Root tool. Like many will already know, the Android 6.0.1 needs a systemless root version of the CF-Auto-Root tool that no longer passes through the system partition when it is rooting the device. One of the fundamental differences between the two is that now when you apply a hard reset, it unroots the device completely whereas before a hard reset will still have kept it rooted. You can still unroot the device by flashing the stock ROM or opening up the SuperSU app and unrooting from inside it too. For now, though it is all about what apps you can install land uninstall, and most of those are available from the same Google Play Store that you were already using.