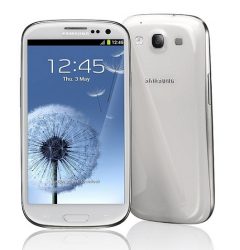 If you have owned the Samsung Galaxy S3 for at least a few months now, you will have probably been introduced to a thing called the Google Play Store. The Google Play Store is home to well over a million apps, and most of those apps can run on your device. The way apps are designed has them compatible with the Android operating system so it does not matter what particular device you may own, they will always work. There is one exception to that, however.

Out of all the apps on the Google Play Store up for grabs, there are at least a few thousand that are incredibly useful but unable to run on your smartphone with the way it comes out of the box—even though it is running Android. The reason being is because it does have root access. Having root access on Android is referring to having control of the root user account—the account that has the most permissions possible and the equivalent to the administrators account in Windows. These are called root apps, and all you need to do is follow a guide like the one below to end up with a rooted device and one that has root access. The root apps will then run as soon as you install them and then open them to run them.

In conclusion, that is how to root Samsung Galaxy S3 SHV-E210S smartphones running on the Android 4.4.4 KitKat software updates by using the CF-Auto-Root tool. The one-click rooting tool has just managed to install and enable the SuperSU app on the smartphone, and you will see it after the smartphone reboots. That SuperSU app is already activated correctly, so you do not need to do anything to it before installing your root apps. Jut go and find the ones you wanted to install and run them. The SuperSU then gives you a message on the phone’s display asking for you to confirm that you do want to grant it root access and then it starts working.