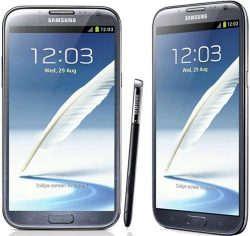 If you feel like you want to alter what you see on the Android operating system but you do not want to install a custom ROM because you feel like that is too large a risk to take, then you might be interested in substituting that idea for becoming the root user instead.

The user in Android has the master key to the OS, and it allows them to do anything they want. With mobile operating systems, that is always referring to the use of apps and getting to decide what is installed and what is uninstalled. That even includes getting rid of any of the apps that are already on your device when you buy it and the apps that you did not have a say when they were forced onto your device without any way of being able to remove them.

In conclusion, that is how to root Samsung Galaxy Note 2 SHV-E250K smartphones running on Android 4.4.2 KitKat software updates by flashing the CF-Auto-Root tool by Chainfire using the Odin flashing tool. You get the SuperSU app on your device which is enabled so that you are ready to start installing the root applications that you wanted to try. All of them are available to you are ready to be installed right away. Most of them are available from the same Google Play Store that you already know and love. Additionally, you can install a custom recovery now if you wanted to have both on the smartphone.