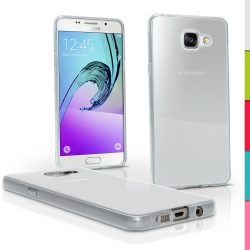 [1]The Samsung Galaxy A5 smartphone is good enough for you to enjoy without doing anything to it, but if it is developing you want, then you need to root it regardless. You do not have to be an actual developer to enjoy doing any type of developing work on the Android operating system. Thanks to the way these mobile operating systems work, everything is done with apps. Most of the root apps that can do developing on your device are already developed themselves to make your developments easy to do. All it involved most of the time is clicking some buttons.

The Google Play Store has well over a million apps that many people find useful, and that will run on any given device with an Android operating system. However, there are also a few thousand additional apps that will not run unless they are granted access to the lower levels of the operating system that they need access to before they can run.

These apps I am referring to are called the root apps, and they can help you do lots of developing. One of the root apps that many people enjoy trying is the Xposed Installer. Those who enjoy developing but without custom ROMs often turn to Xposed to help get the developing done. You can try Xposed as soon as you finish the guide below for rooting the Samsung Galaxy A5 smartphone.

In conclusion, that is how to root Samsung Galaxy A5 SM-A510S smartphones running on the Android 6.0.1 Marshmallow software updates using Chainfire’s CF-Auto-Root tool. The smartphone in your hands now reboots back into the normal mode and how you were using the device before attempting the rooting guide. Everything is the same except for the fact that you now have the SuperSU app available from the app drawer.