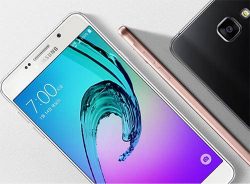 Samsung smartphones are great phones to have if you are into customizing them because they often come with numerous options to swap things around. It is common to find custom recovery images available for many a device in the Samsung range which then allows people to flash the SuperSU from it, so the device is rooted and has the chance to install custom ROMs. Additionally, you can often choose to skip the custom recovery installing and go straight to the rooting by using a one-click rooting tool called CF-Auto-Root. The CF-Auto-Root tool is flashed with Odin and allows you to install all of the root applications that were the reasons you wanted to have root access on the operating system.

HOW TO ROOT SAMSUNG GALAXY A7 SM-A710S RUNNING ON ANDROID 6.0.1 MARSHMALLOW SOFTWARE UPDATES WITH CF-AUTO-ROOT

In conclusion, that is all you need to root Samsung Galaxy A7 SM-A710S smartphones running on the Android 6.0.1 Marshmallow software updates by using CF-Auto-Root—which is a systemless root version of the one-click rooting tool developed by Chainfire. The result is you get SuperSU not only installed but enabled too, and that means your root apps are now ready to install. The systemless root version allows you to install all of the same root apps that you were able to install before in the same fashion. One of the few differences you notice that makes the systemless version differ from the last is that when you apply a hard reset now, it fully unroots just like it would if you were to press the button to unroot from within the SuperSU application fully.