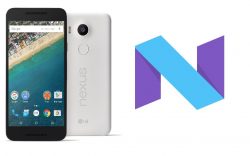 The same root user account exists on the Android mobile operating system because it too is based on the same Linux kernel as the desktop versions, but you don’t get given the access to the root user account when you first set up the Google Nexus 5X smartphone. Instead, you need to rely on the work from third-party developers such as Chainfire and his SuperSU program that keeps your device safe and secure by blocking root access to everything, to begin with, and then only allowing the root permissions to the apps that you manually choose to let have root access.