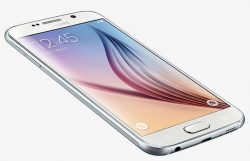 That is the requirements to root Samsung Galaxy S6 SM-G920L smartphones running on Android 6.0.1 Marshmallow software updates by flashing the newer version of the CF-Auto-Root tool that just so happens to be the systemless root version of the tool. The systemless root version still installs the SuperSU, but the way in which the SuperSU was installed on the device is no longer going through the system partition. That brings about a few changes, one of which is the chance to unroot just by taking a hard reset.