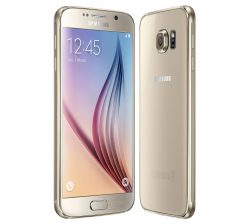 Linux is one of the most popular operating systems you can run on a computer and it comes to you open source and completely free. That same kind of Linux kernel is what Android is based on too. All Linux kernels have a root directory that can only be accessed by the root user account. Having control of the root user account means you can run all commands and have access to all files on the system.

Here is what you need to root Samsung Galaxy S6 SM-G920R4 smartphones running on the Android 6.0.1 Marshmallow software updates with the CF-Auto-Root tools:

In conclusion, that is how to root Samsung Galaxy S6 SM-G920R4 smartphones running on the Android 6.0.1 Marshmallow software updates. The guide just installed and enabled the SuperSU program on the device by getting it flashed with the CF-Auto-Root tool. Your device is still completely safe from malware just like it was when you didn’t have root access. The times when you need to be careful is when you choose to allow an app root access. Those are the only times the SuperSU doesn’t block everything in its wake. You don’t need to make any changes from the SuperSU application that is now on your device either. You just need to install the root applications which are mostly available from the Google Play Store.