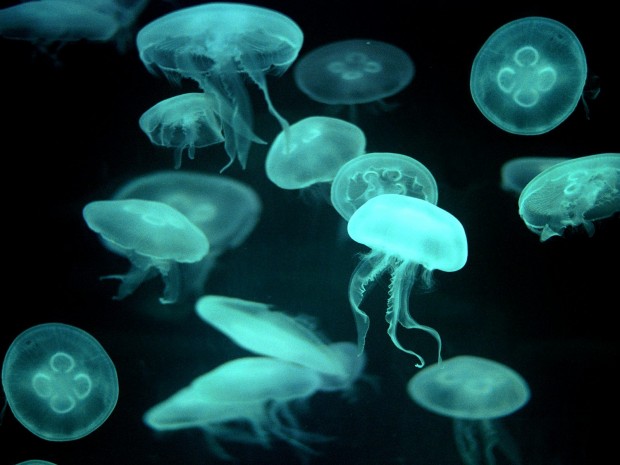 Wait a minute, what’s all this? Robots designed to destroy jellyfish? Well, robots killing humans had to begin somewhere. Apparently, scientists in South Korea have developed a team of aquatic robots trained to kill the increased menacing jellyfish swarms. These robots are known as the Jellyfish Elimination Robotic Swarm (or JEROS).

These robots come packed with GPS and a camera for detecting jellyfish swarms. After detecting these menacing creatures, the robots will then attempt to catch them with nets. Once caught, the jellyfish are pulverized using a specialized propeller, according to the Korea Institute for Science and Technology.

JEROS killing robots are 3 times more economical compared to manual removal of jellyfish. Furthermore, they travel at a speed of 6 knots or 7mph; eradicating around 400kg of the invertebrates per hour.

Here’s a video of three JEROS robot operating as a swarm.

Here’s another video of one of the robots ripping through jellyfish. Note, if you’re sensitive to the death of jellyfish or a member of PETA, this might not be your cup of tea. The video clearly shows jellyfish being minced to death, extreme graphic stuff and you may yet shed tears.

There’s a clear reason for controlling the jellyfish population. Just recently, Sweden had to shutdown its nuclear plant after the water pipes used to cool down the turbines was clogged with jellyfish. We bet Sweden might just look to South Korea for help with this problem.

[via KAIST, image via Animal Wildlife]