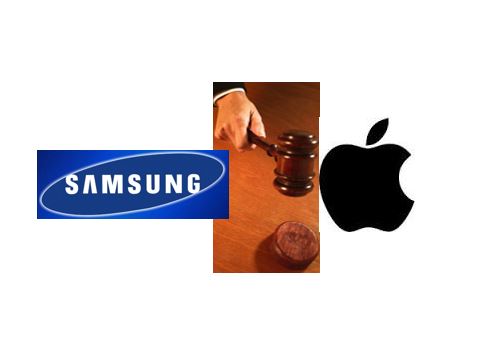 The legal drama over patent infringement and how much Samsung owes Apple plays on. Samsung asked for a mistrial in the most recent case, a retrial of last year’s patent infringement battle, because of a remark made by Apple’s lead counsel during closing arguments. According to Bloomberg, Apple’s attorney made a comment about the decline of American television production that Samsung took issue with.

Harold McElhinny, Apple’s lawyer, spoke of remembering how he watched television on American made sets as a child. He went on to say that the manufacturers didn’t protect their intellectual property and no they no longer exist. “We all know what happened,” he said.

After Judge Lucy Koh sent the jury to deliberate, Samsung’s lawyer, Bill Price asked that she declare a mistrial. His complaint was that McElhinny alluded to Asian manufacturers for running U.S. based television manufactures out of business. He also said that McElinny presented “absolutely no evidence,” to back up this claim. Essentially, Samsung’s attorney accused Apple’s attorney restoring to racist tactics to win the case.

McElhinny defended his remarks stating “I did not say a word about race, and I did not say Asian.” He did state that he was “appealing to race.”

Koh rejected the request and instead called the jury back into the court room to instruct them that they should not make the decision based on personal bias. Price informed the judge he would file another request under a different rule.