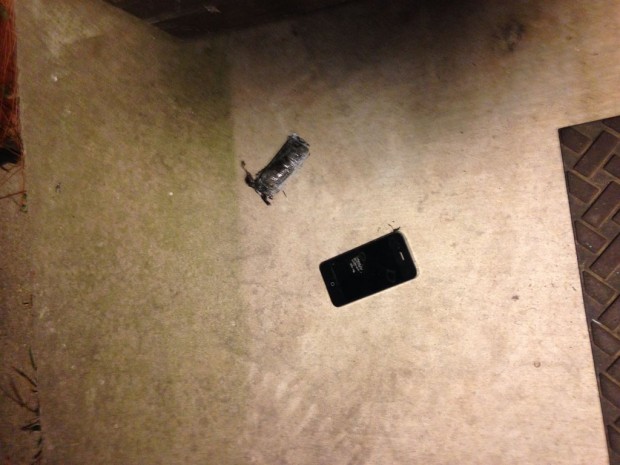 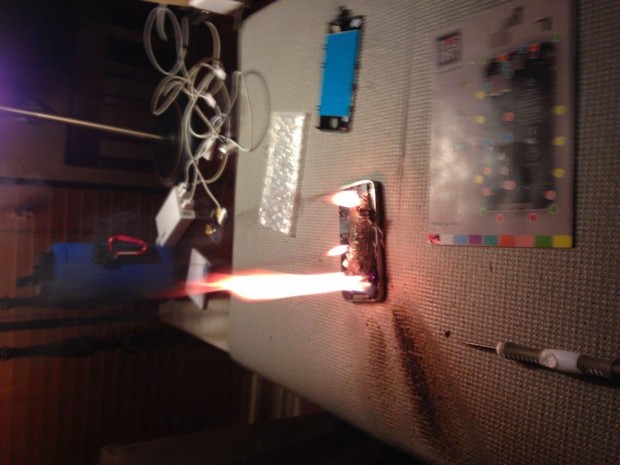 An assassination attempt by an iPhone. Apparently, the iPhone caught on fire when the owner tried to remove the battery. (Which, by the way, is not officially supported by Apple — iPhones have non-removable batteries.)

Perfect reason to never purchase an Apple product, for it will eventually attempt to take your life. If you have an iPhone right now, destroy it. If you’re reading this on an iPhone or any Apple device, you’re probably already dead since the device would read this and realize you have caught on to its act. Good knowing you.