Like millions of other people, I block ads for most websites on my computer and selectively allow ads for websites which I want to support — websites which I feel deserve to have my support, particularly ones that don’t have annoying ads. (Learn how to block ads on your computer by clicking here, if you have not done so already. And feel free to unblock ads for dotTech and our sister site SharewareOnSale :-)

After that, I did a bit of investigation and realized ads were appearing properly for dotTech and SharewareOnSale in Internet Explorer and Opera but not Firefox and Chrome. Dumbfounded, I put the issue to the back of my mind for a few days. Until today.

Today I just so happened to open up Firefox’s Add-ons Manager and noticed something unusual: an add-on by the name of ‘Ads Removal 1.0.0’. That is when I immediately realized why I was unable to see ads on both dotTech and SharewareOnSale — this new add-on was blocking it. I confirmed my suspicious by opening up Chrome’s Extensions section and saw Ads Removal 1.0.0 there, too.

Never having heard of Ads Removal before and not recalling ever installing it, I did a bit of digging because I was concerned I may have been infected with malware… only to discover there is whopping zero information on the internet about Ads Removal (at the time of this writing, of course). Not one to give up when it comes to the sanctity to my computer, I proceed with my investigation via other means. And soon I discovered what exactly is Ads Removal, where it came from, and how to remove it. Read on to learn more.

What is Ads Removal?

There is no information during installation of IObit Malware Fighter about this add-on/extension nor do I remember seeing a prompt inside Firefox or Chrome asking me if I want to install it. Yet, somehow it was installed for both Firefox and Chrome.

To make matters worse, at the time of this writing,

Is Ads Removal Malware or a Virus?

As far as I can tell, Ads Removal is not malware nor is it any sort of virus. Although I don’t appreciate its stealth install, I did not notice any malicious or suspicious behavior by the add-on/extension and I ran the contents of its add-on folder for Firefox through VirusTotal, which gave it a 0/49 clean rating.

So, as far as I know, Ads Removal is not malware nor is it a virus. It is, however, an annoyance.

How to remove, delete, or uninstall Ads Removal?

Removing or uninstalling Ads Removal from Firefox and/or Chrome is actually a bit more involved than you may think. Typically, with normal add-ons or extensions, you can go to Firefox Add-ons Manager or Chrome’s Extensions section and delete/remove the add-on or extension in question. Not so with Ads Removal.

To remove or uninstall Ads Removal, you need to do the following: 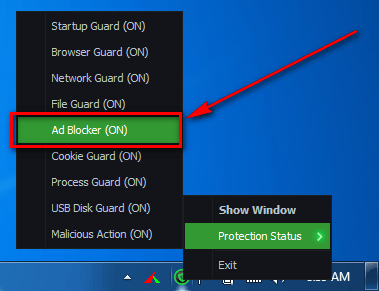 Once you click it, it will change to Ad Blocker (OFF).

That is it. Now Ads Removal should no longer be on your computer.

I don’t care if Ads Removal has the noble intention of wanting to improve user experience by blocking ads — I don’t appreciate and don’t want any add-on or extension installed in my browser without my explicit permission. And an add-on or extension that has no information provided about it and cannot be removed without jumping through some hoops? No thanks. I’m glad I found out how to remove this piece of shit and I hope you find this article useful. Enjoy!