The Mac OS X dock is something that Windows doesn’t have. It’s similar to the Windows taskbar, but the dock is more of a 3D alternative. However, there are a few software packages that add Mac OS X clones to Windows. This article shows you how to use a freeware program to add a Mac OS X-like dock to Windows XP, Vista, 7, and 8 for free.

When you have opened XWindows Dock, the dock should be at the bottom of the desktop as in the shot below. To add more shortcuts to it, drag and drop desktop icons onto the dock. Start menu shortcuts can also be dragged onto the dock. 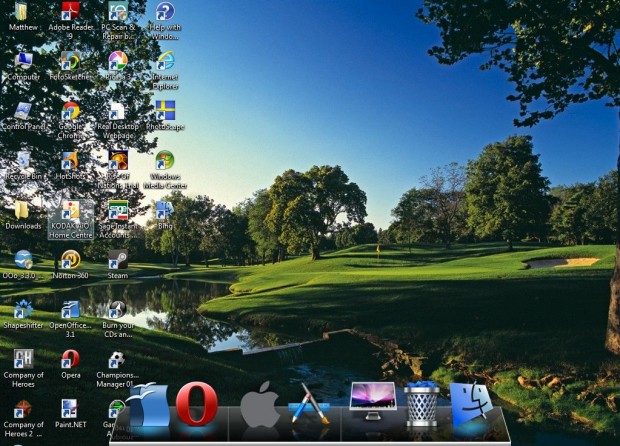 You can also add separators between the dock’s shortcuts. Right-click the dock, and then select Add > Separator. Position the shortcuts between the icons by dragging and dropping them along the dock. To remove separators and icons right-click over them, and select Options > Keep in Dock.

For further options right-click the dock, and select Preferences to open the window in the shot below. If it’s not already selected, select the 3D Dock Mode option. However, the 3D dock cannot be repositioned in the same way as the 2D alternative. 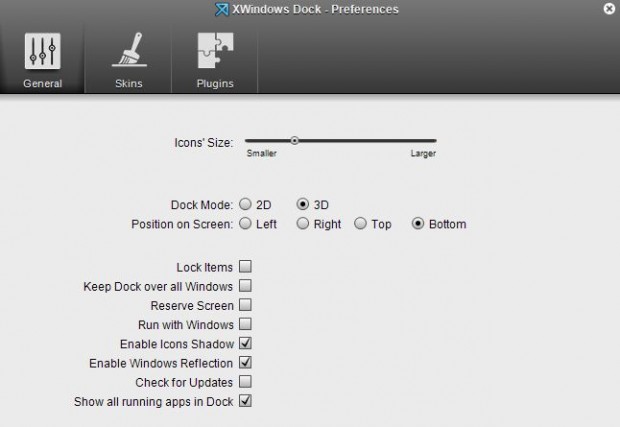 Select the Show all running apps in Dock option. Then running apps will also be displayed on the dock alongside other shortcuts. To open a preview window, move the cursor over one of the dock’s running app icons, press Alt and click over the app icon simultaneously.

To further customize the dock, add some Mac OS X PNG icons to it. The XWindows Dock icons are customizable, and you can replace them with some of the more electrifying Mac PNG icons from the Iconfinder website. Input the keyword Mac OS X into the site’s search box to find some Mac OS X icons for the dock. Select an icon’s download option, and save to a folder. Right-click one of the dock’s icons and select Properties. Then drag the new icon onto the window in the shot below to add it to the dock.

XWindows Dock is just one of the software packages that adds a dock to Windows. Others, such as Object Dock, also have similar options. With them you can add the classy Mac OS X dock to Windows.