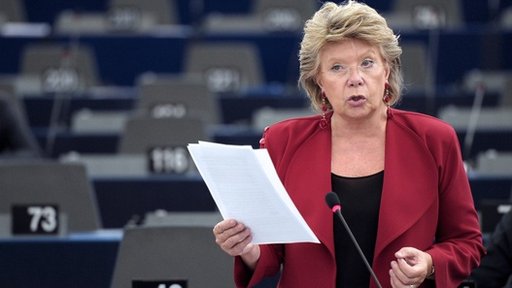 The European Union believes that harsher fines are necessary for companies that violate data privacy. The charge by the EU is being made Viviane Reding, its justice commissioner, and also vice-president of the European Commsion, who believes that the fines given to tech companies need to be much more than a slap on the wrist. To her, the fines that have been recently given to Google, including the the 900,000 euros ($1.2 m) handed to them from Spain, amount to nothing more than “pocket money”.

She has also challenges Google on how long it has taken them to change their policy. “Is it surprising to anyone that two whole years after the case emerged, it is still unclear whether Google will amend its privacy policy or not?” Reding said in one of her speeches, and added that “Europeans need to get serious.”

If Reding had it her way, the fine that Google would have received would have been 740m  euros, or $1 billion USD. She would also put a law in place that would require any breaches of data privacy to carry a fine that would amount to 2% of the company’s “global annual turnover”.