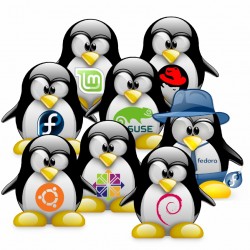 This article is part of an ongoing series that hopes to bring a working knowledge of Linux to users of Windows. In the first article we introduced Linux on a basic level. In the second article we answered some commonly asked questions about Linux. In this article we are going to discuss Linux distributions and continue to answer questions.

Choosing the right Linux distribution is a very important step in the process of switch to Linux, because each flavour (distro) is different and you will want one that matches your needs (and potentially personality). I have tried almost 100 distribution and tested them on many people, after all I have been instructing people in the Linux culture for a few years now. Having said all of that, each person is different and each distribution is right for a different reason. I have seen many Linux users “forcing” a distro on beginners and truthfully this is a bad thing to do and so I ask that the community and comments will respect the each users choices. (As know you will. :-)

One thing that I have forgotten to mention until now, is that each distro brings its set of ideas and a philosophy as well. There is a man with seven honorary doctorates and his name is Dr.Richard Stallman. Dr.Stallman was the founder of the GNU operating system which was a free and open source Unix like operating system. Dr.Stallman was missing a single component, a durable kernel. A man by the name of Linus Torvalds created such a kernel and he called it Linux. Dr.Stallman and Mr.Torvalds creations came together to create GNU/Linux and every distribution is based on both the GNU and Linux projects, so please remember that even though we call it Linux it is really GNU/Linux.

Here is a movie called Revolution OS. It talks about the creation of the GNU/Linux system. It maybe a bit dry, but it gives a lot of information if you are interested.

One could write an entire dissertation on the topic of KDE vs Gnome but I want to explain to you the main differences, in a painless way and as much as they differ it all comes down to personal preference in the end. The major differences come in appearance, they look different and offer different features, for example in the upcoming versions of KDE, KDE connect will interface with an android device giving you the ability to send text messages from the desktop (like Mightytext). Here is a screenshot from Ubuntu 11 using a KDE desktop and then using a Gnome Desktop. Please keep in mind they are both Ubuntu. 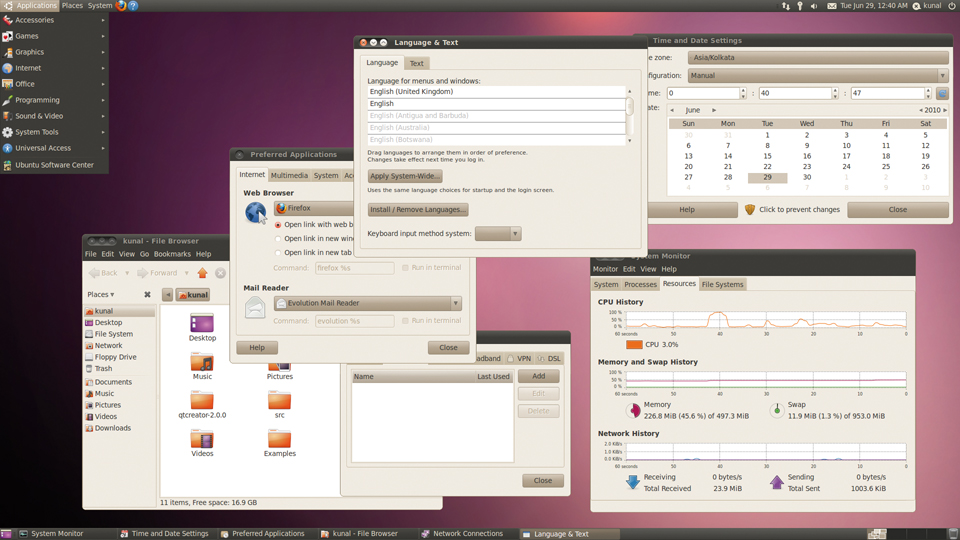 I have given much thought to how I was going to organise this list and what distributions to explain. By no means will I be able to cover each flavour of Linux and if you find a distro you like and it hasn’t been covered, we are still here to help you. If you find a distrobution that wasn’t covered let me know in the comments.

When we talk about the many distributions available to you, we need look a few important aspects of the system and you will need to ask yourself some personal questions. Many of questions you should be asking yourself are;

Many people around the world love and use Ubuntu and it is a great distribution for new and novice users alike. Ubuntu is backed by a company called Canonical, they have a vision of unity between all devices and they bring that to Ubuntu in a desktop environment called ‘Unity’. Unity organises your desktop in a unique way, you will have a task-bar similar to the Mac Launcher.

Ubuntu is an excellent operating system for both new and older hardware. Ubuntu also has a very large software selection and an even bigger support group. It is based on Debian and offers a long-term support version and normal cycle release. The difference between the two are support timelines and stability.

I at one point used Ubuntu as my main distribution but I was not a fan of Untiy and what Dr.Stallman called a “malicious” feature. The Ubuntu launcher allows you to search your computer and the web, Ubuntu has partnered with Amazon and so Amazon tracks your search and displays targeted affiliate linked products in the search results. This can be easily turned off and I will make sure that you know how to do that.

A few other features include

Ubuntu is very easy to use and powerful enough to keep both beginners and novice user a like, satisfied for years to come. Ubuntu is perfect for users who want access to a very large repository (collection) of applications from the get go. As a side note we will be covering Ubuntu in most of the series.

If you’re looking for a new and popular Ubuntu based distribution you can try Mint. Mint offers much of the services and the features that Ubuntu offers. 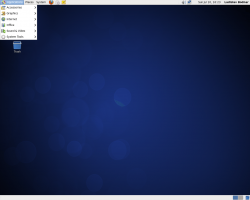 CentOS is a popular distribution that is used for the enterprise community, including  many web hosting companies like Blue-host or JSU-HOST. CentOS has big thing for only using stable and proven packages (software), they are very serious about a stable environment for working. CentOS is built on Redhat Enterprise Linux (RHEL) and they have just partnered with Redhat to provide a unique experience. By no means should my personal considerations be part of your decision but I switched from Ubuntu to CentOS and I will never go back. One thing that should be noted is that the ease of use out of the box is fairly poor, if you wish to install something like VLC or the latest LibreOffice you will to add custom repos (software channels).

If you are looking into the world of open source and you feel that you want to support it then you are almost safe to use CentOS. You will have access to both free and non-free software by default. CentOS is a lightweight and fast operating system, you will have gnome 2 installed by default and very little eye candy. So if you are looking for a stable system without bling, then select CentOS and you won’t be sorry.  On a parting note for this system, your range of software available by default is small and you will need to custom install most of your software.

CentOS does not have a nicely built software centre nor does it offer the newest software. but what it does offer is great speed and stability. It will run on computers new or not and offer you great hardware compatibility. 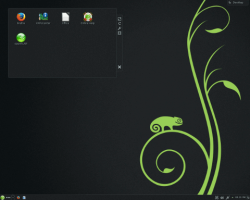 OpenSUSE has been around for a long time and if offers some great features. OpenSUSE was started in 1996 by four German Linux enthusiasts and is backed by a company called Novell. OpenSUSE is very different from CentOS because Suse is a testing ground for Suse Enterprise Desktop/Server whereas CentOS is modified build of RedHat Enterprise Linux. I would not recommend OpenSUSE for older hardware or lower end systems as many of packages are heavy on resources and so is the desktop.

OpenSUSE does not offer you an app store like Ubuntu or Mint, but it has a very large software collection and is fairly stable for general use. For beginners OpenSUSE isn’t a bad choice. If you are starting to get into the philosophy of the open source world then I would recommend that you stay away from Novell. The reason for this is because Novell and Microsoft had deal in 2008 which gave Microsoft a few of Novells patents. This gives Microsoft a claim at the Linux world which many see as a nightmare.

There are many distributions available to the world. I have only covered a few and ones that I have used. You can learn more about all the versions on a website called DistroWatch.

What about Picture Editing?

Linux offers you many features and one of them is advanced photo and video tools. Dreamworks Animation uses RedHat Linux and custom made tools they released to the open source world. There are a number of tools you can use, please have a look at some of these; GIMP, DigiKam, Shotwell and if you’re a fan of Corel software you can use Corel Aftershot Pro though it is not free and it is closed source.

I am having wireless connectivity issues with a Dell laptop

This is a common issue with some Broadcom devices and the solution for many might be simple and for others hard. Please view this help guide here or try a different distro such as CentOS.

How do I dual boot?

This is a very common question and it has a simple answer. When you start the installation process for many distributions, the installer will search for existing installations like Windows. On the Ubuntu install it will ask if you want to install along side Windows and if you select yes…. That’s it! These very same steps will work on; CentOS, OpenSUSE, Fedora, Mint, Debian and many others. You can aslo dual boot, triple boot and so on if you wish. As long as Windows is installed first.

Yes there is a version of Skype for Linux.

In the next article we are going to be discussing setting up the desktop and some the must have tools that you will that you should install. Thank you for reading this week and hopefully it is a bit easier to read. If you have any questions you would like answered please just ask them in the comments. I look forward to helping on this great and noble journey.