This is the publisher’s page from which you can add Desktop Topmost to Windows XP, Vista or 7 by selecting Setup.exe. Next, run through its setup wizard to install Desktop Topmost. When you have it up and running, you’ll find a Desktop Topmost icon on the system tray as below. 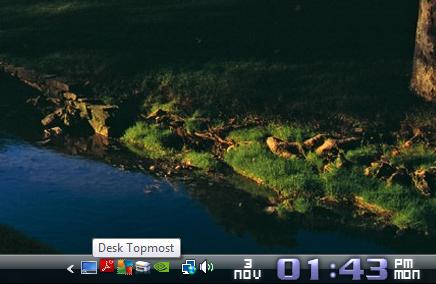 Next, open a variety of application windows over the desktop. Then press Desktop Topmost’s Ctrl + Alt + D hotkey. That hotkey will add transparency to the overlapping windows as in the shot below. As such, the desktop now floats on top so that you can select some of the shortcuts on it. Right-click on the Desktop Topmost system tray icon to remove the transparency. 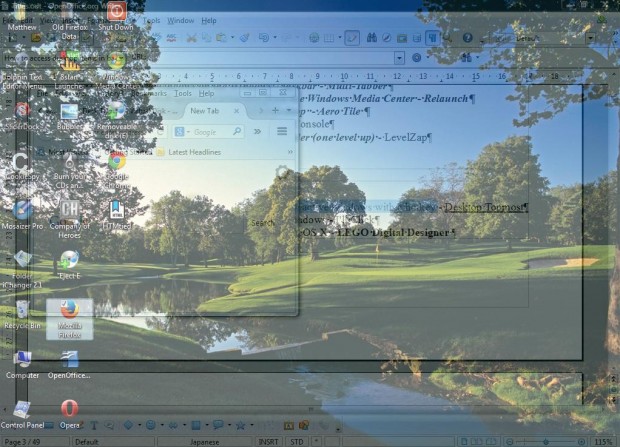 To further customize the hotkey and transparency, right-click the software’s system tray and select Config. That opens the Desktop Topmost window below. There you can enter alternative hotkeys to switch the transparency on. You can also adjust the transparency by dragging the Transparency bar to the left or right. 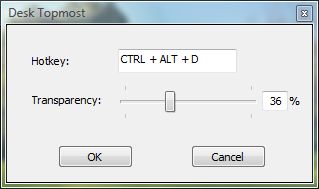 So with this app on your desktop/laptop the Windows 7 Show desktop option and Win + D hotkey are no longer required. You can instead select the desktop shortcuts, without minimizing any of the open windows, by pressing the Desktop Topmost hotkey.